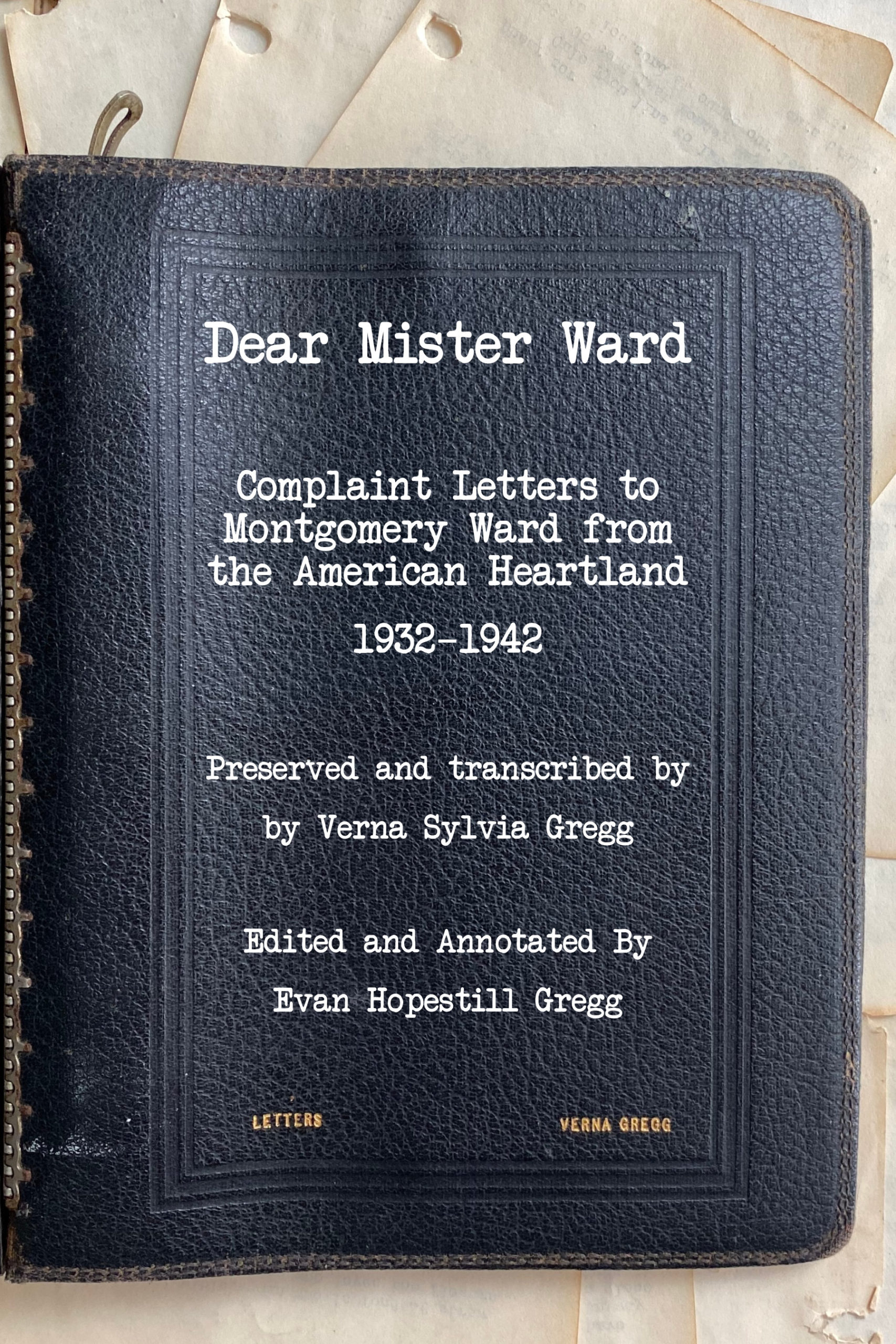 Tshirts and other merch are available with quotes from the letters. 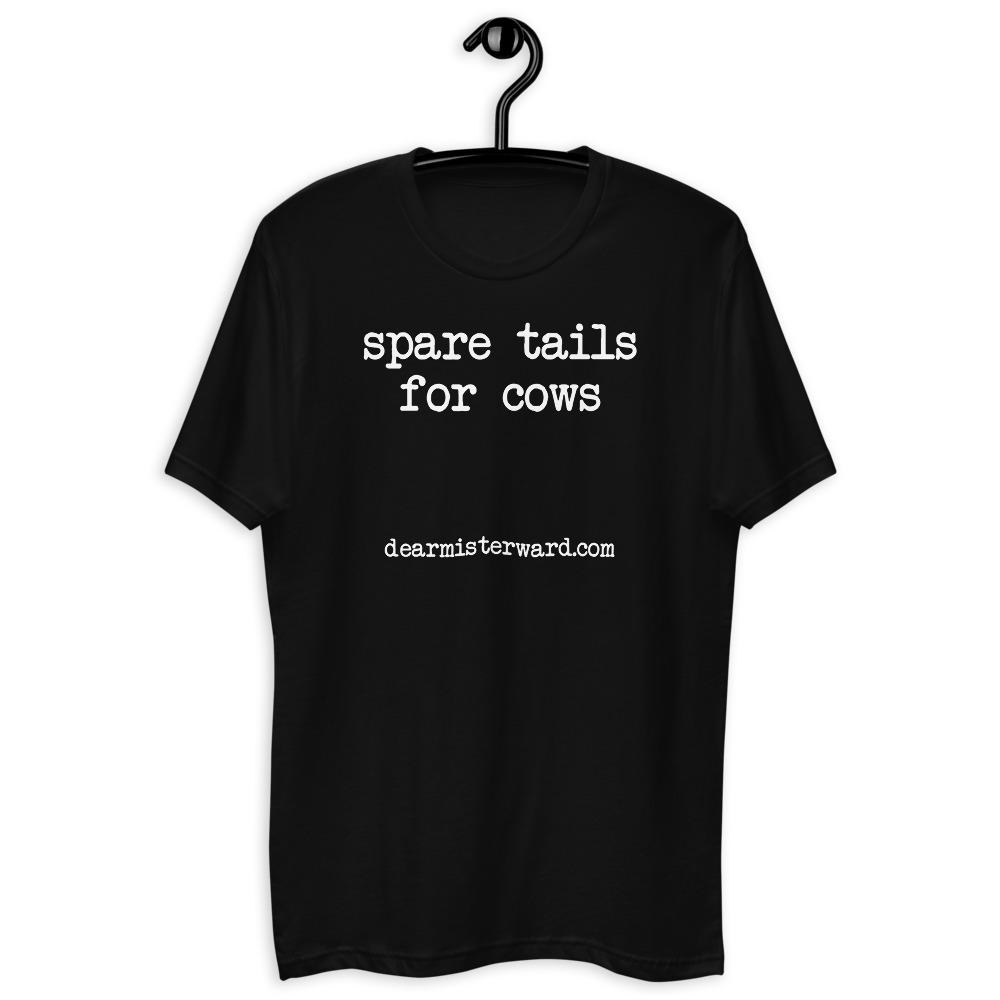 Dear Mister Ward is a collection of complaint letters sent to the St Paul, Minnesota office of Montgomery Ward between 1932-1942.  They were saved by my grandma and are presented as she typed them later in her life along with an introduction and annotation by me.

Hilarious, weird, and occasionally heartbreaking, the letters reveal the integral role Montgomery Ward played in the lives of those who wrote them.

Touching on topics that include fashion, relationships, technology, loneliness, debt, and toilet paper, they provide a glimpse at the daily lives and preoccupations of rural Americans from the peak of the Great Depression into the early days of World War II.

Thanks to a successful Kickstarter campaign they are now available in book form as Dear Mister Ward.

Coverage of Staged Reading at the Shea Theater 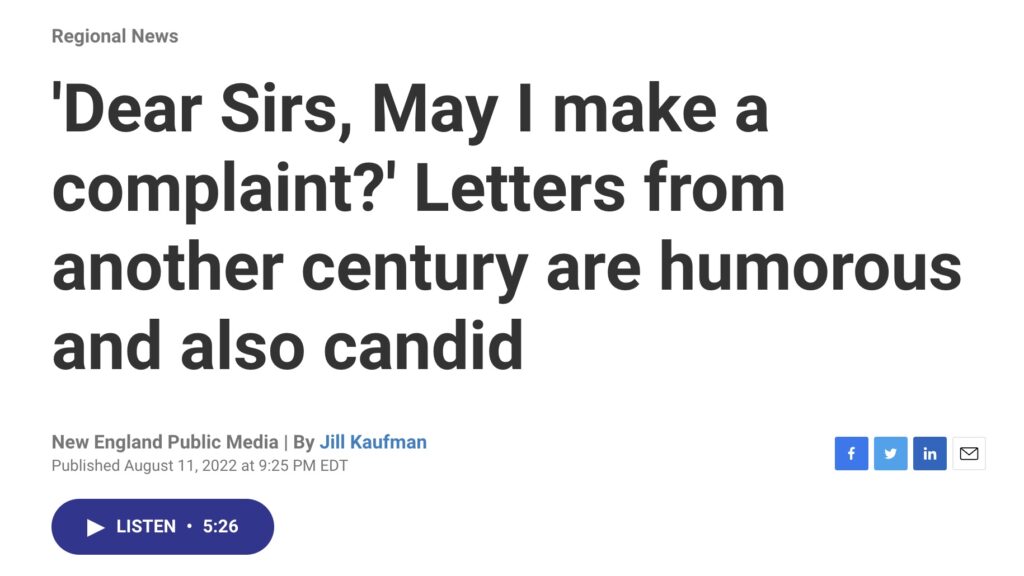 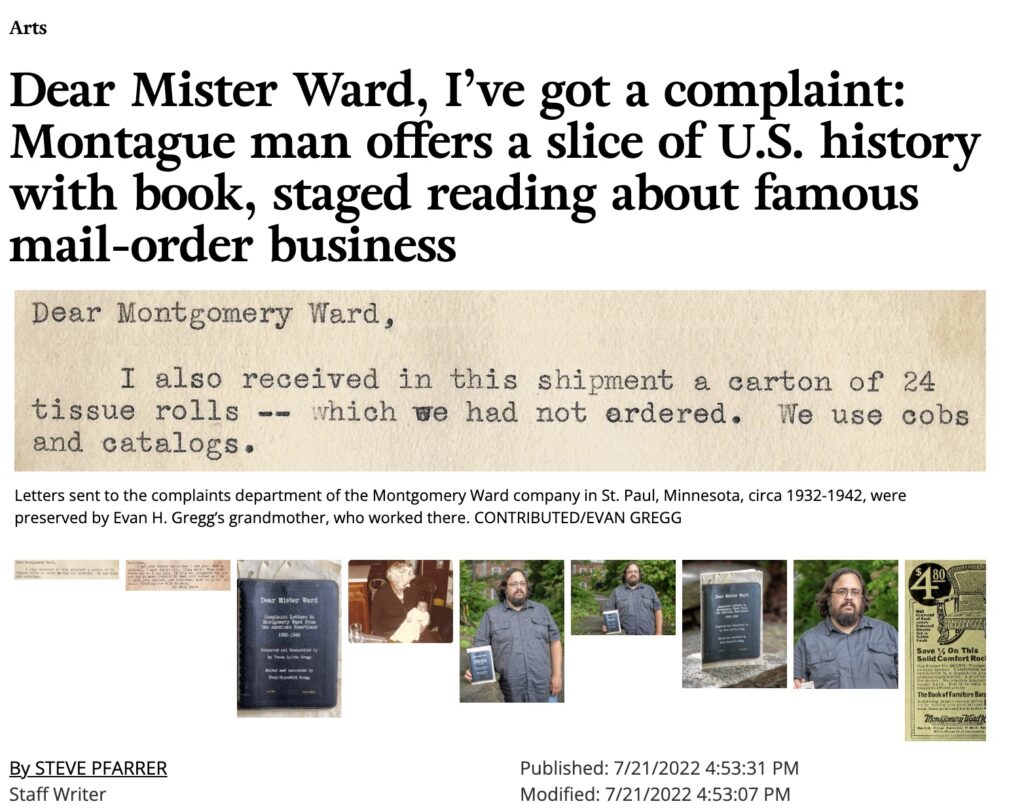 Feature Article in The Montague Reporter 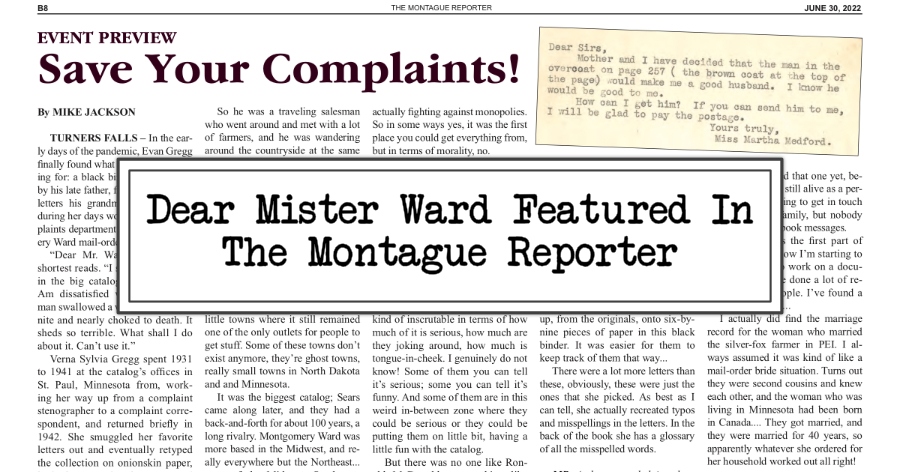 If the video embed isn’t working just click here to view it.

Learn more about the letters in an interview I did with Monte Belmonte of WRSI 93.9 The River

Or by watching the book trailer, featuring audio of my grandma talking about her time at Montgomery Ward and the letters.

Or by visting the about page.

Please note that most if not all typos, misspellings and grammatical errors in the letters were copied from the originals by my Grandma.  She even had a list of misspelled words in the back of the binder.

Tshirts and other merch are available with quotes from the letters.

Ring For A Radio Premium T-Shirt 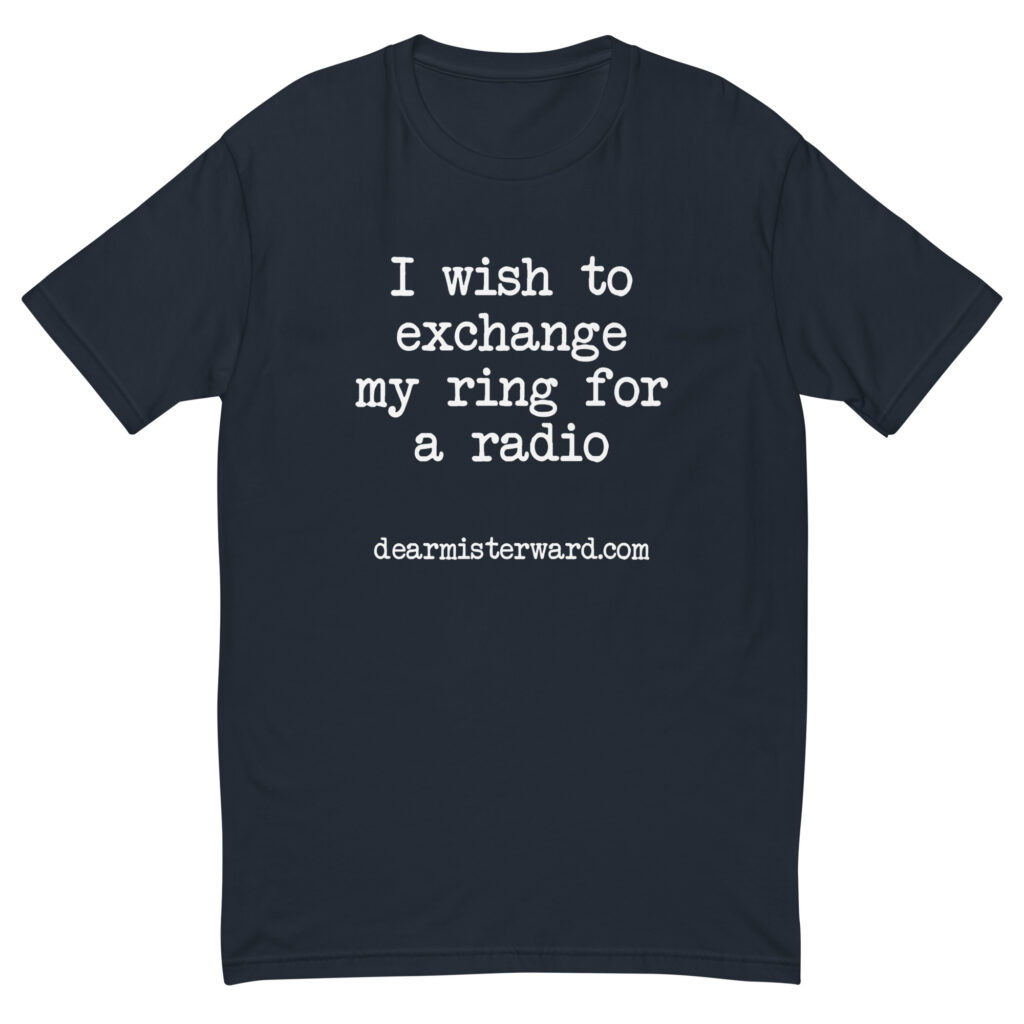 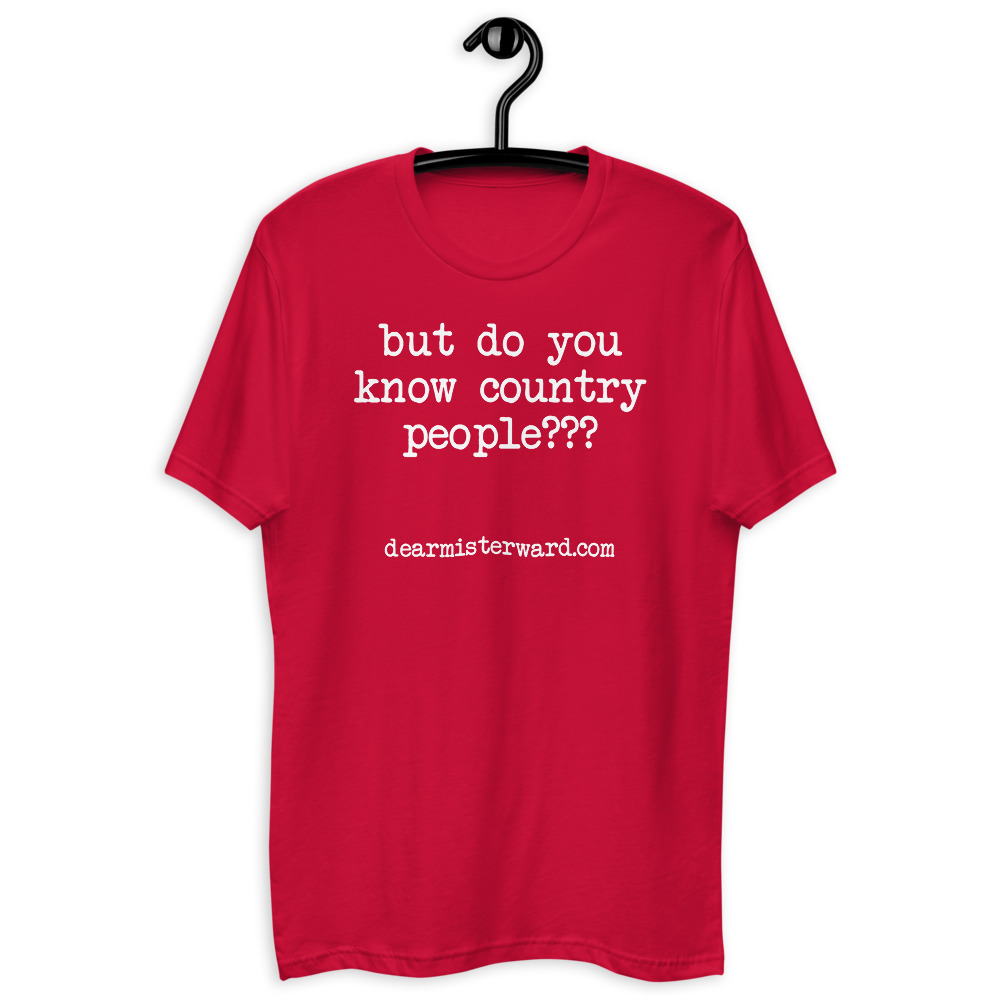